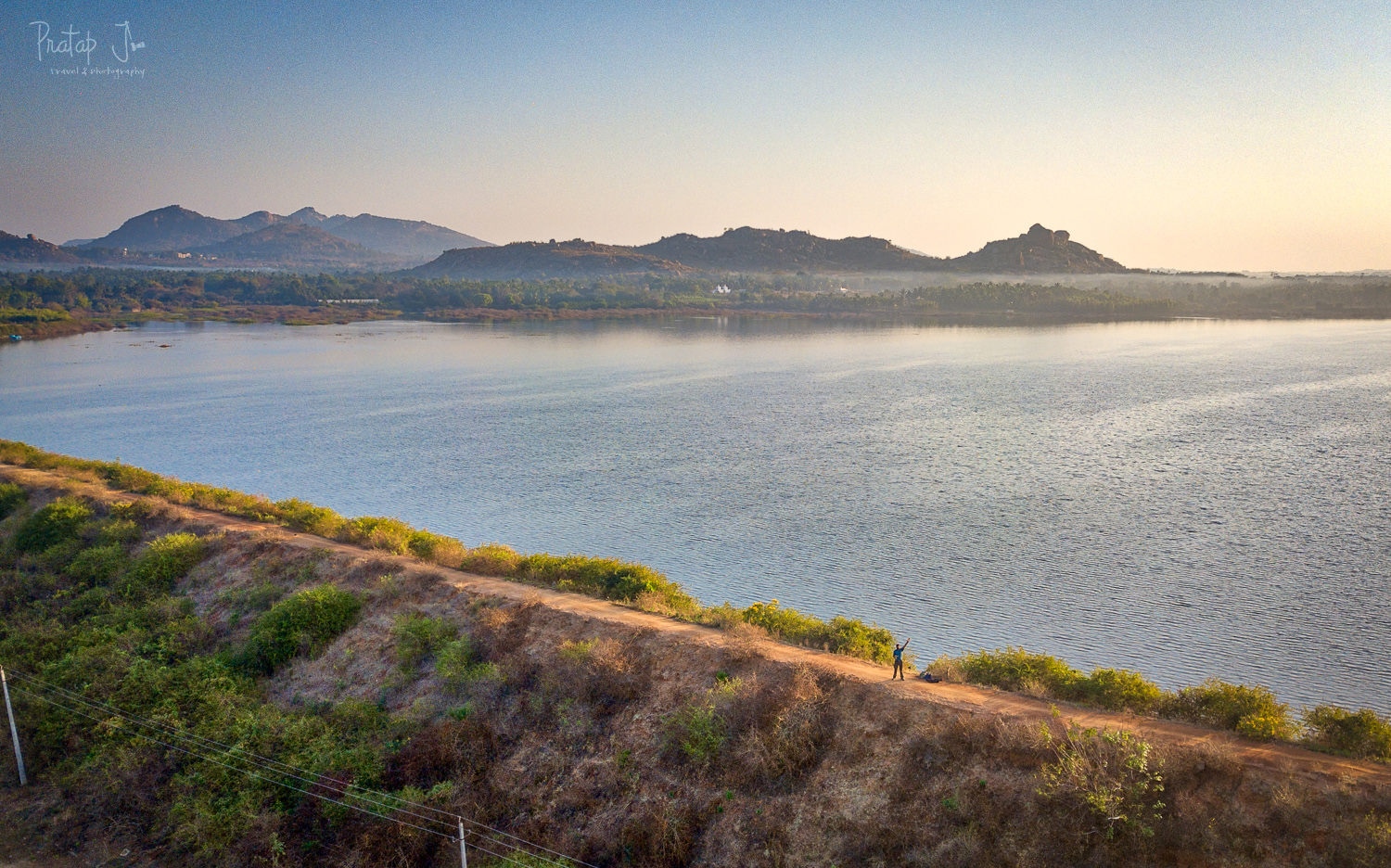 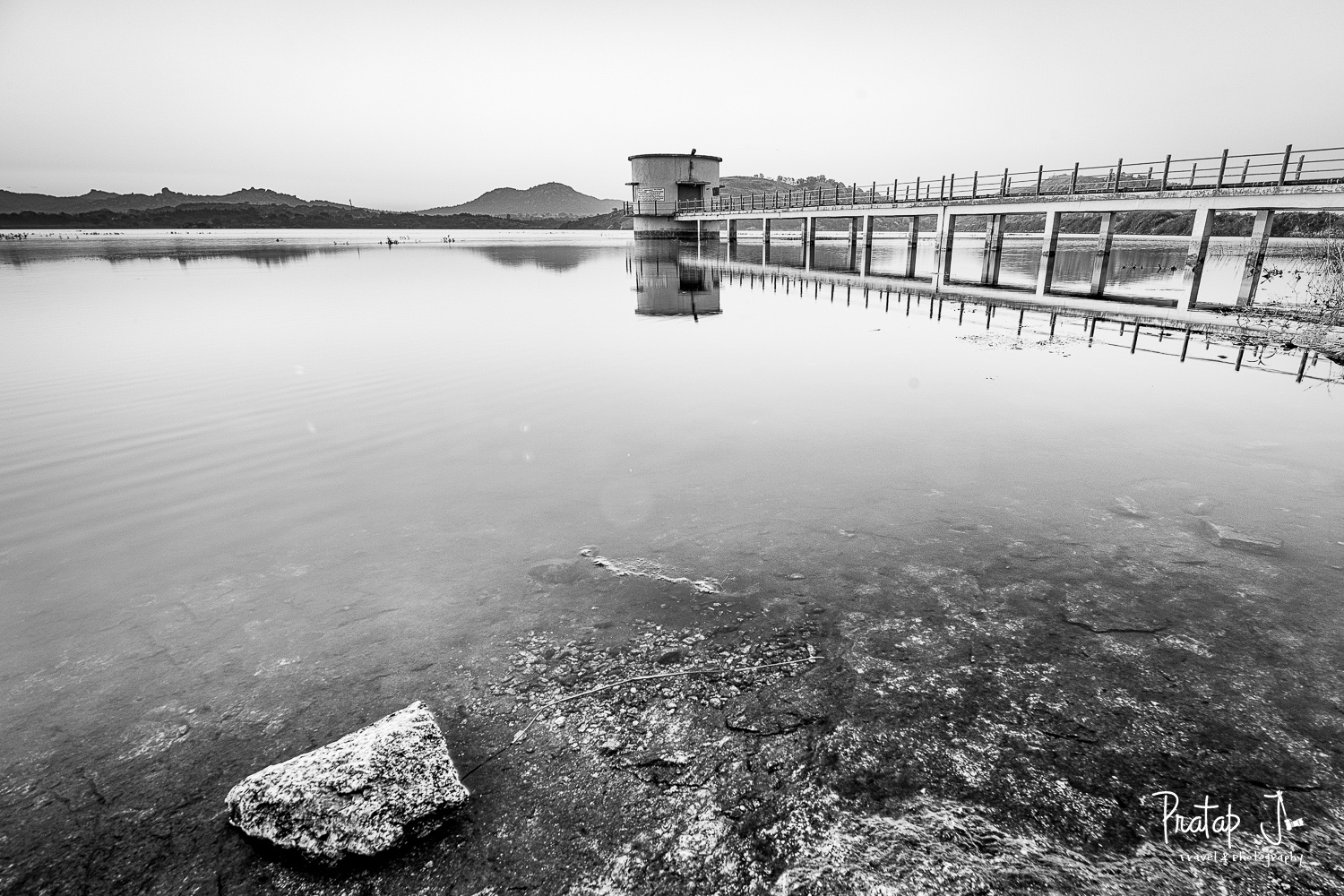 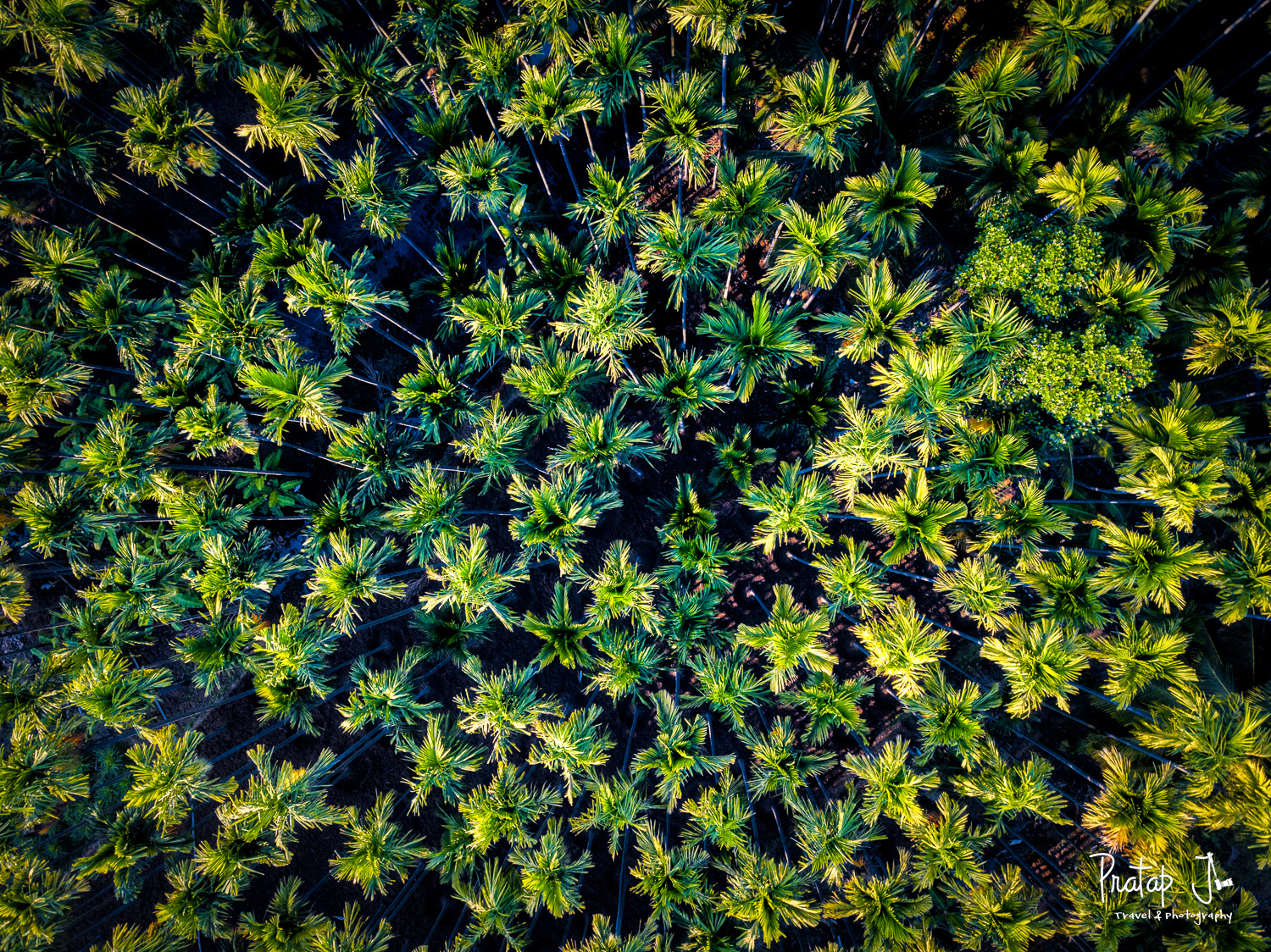 As a confirmation, I received a photo of the Milky Way that someone shot last week, in a WhatsApp Group. The Milky Way looked glorious – the Galactic Core was clearly visible. So I was determined to see it myself. But there was only one way to do it. I had to wake up early and drive to somewhere dark and arrive by 5.00 am.

Of the many sacrifices that a photographer makes, sleep is one of them. So yea, I was up by 3 am to drive 75km and arrive at the place I had in mind before 5.00 am.  I must have been in the middle of the sleep cycle when the alarm rang. I just could not open my eyes. But it had to be done.

I left home at 4 am on Saturday and drove on NH 948. Traffic was very light, except for slow moving trucks and an occasional taxi. After an hour of driving my destination was not yet in sight. Would I miss the Milky Way? Should I just stop to check the sky or keep driving without losing precious time? I had another agenda apart from shooting the Milky Way. I had a loaner 6D Mark II that I wanted to test out.

By 5.05 am I reached a spot that I was familiar with. It was just beyond a village and beside a small lake. It was not the prettiest of locations. I stopped my car because I did not want to travel further and hit another village. Most villages these days have LED street lamps which cause light pollution in a horrible shade of green. Dogs and curious (or angry locals) are another problem. This was a state highway and the roads weren’t wide. Trees beside the road meant that I could not stop just about anywhere to do my photography. I needed a clearing. The already beside the lake was best I could find.

I stopped my car, fired up PhotoPills and pointed the Augmented Reality projection at the night sky. The Milky Way was supposed to be very close to the horizon, almost blocked by the tree-line. I was disappointed. But I could see a faint line of star dust with my eyes. Was the app wrong? There was only one way to find out.

I took out my camera and tripod and set up a 20 second exposure. The wait felt long. What I saw on the back of the camera after 20 seconds made me jump in glee. The faint star dust was indeed the Milky Way, and it was quite high up in the sky. PhotoPills was wrong.

I took a few steps back and started shooting again. This time, my car was the subject. Each exposure was 20s long. The air was cold, and in the distance dogs were barking. I would have to sound very convincing if someone were to ask me what I was up to. Only someone totally mad would drive that early in the morning just for a few photos. Luckily, no one came by.

I got my photos. For a better composition, I went down to the lake bed. It was semi-dry, even marshy in some parts. I took a few more shots. It was beyond 5.20 and the Milky Way was still visible. So PhotoPills was wrong about the Milky Way setting time as well. I could have driven further to my preferred spot.

After getting a few shots, I watched the orange glow from the eastern direction slowly engulfing the blue sky. It was beautiful. Birds near the lake began to wake up. A few of them probably felt my presence and made screeching sounds. The number of vehicles started to increase. I couldn’t continue shooting because the headlights were ruining my shots. Nevertheless, I was pleased with whatever I got. My first shots of the Milky Way.

It was 6 am, and I was a little confused about what to do. Should I just drive back to Bangalore? Or should I head to a nearby tourist spot? I chose to drive ahead. I found more interesting places for future Milky Way shooting. I marked them on Google Maps. Beyond the last village and before the popular tourist spot, there was no vehicular movement. I parked my car and simply enjoyed watching the breaking of dawn. Somethings are only meant to be experienced. 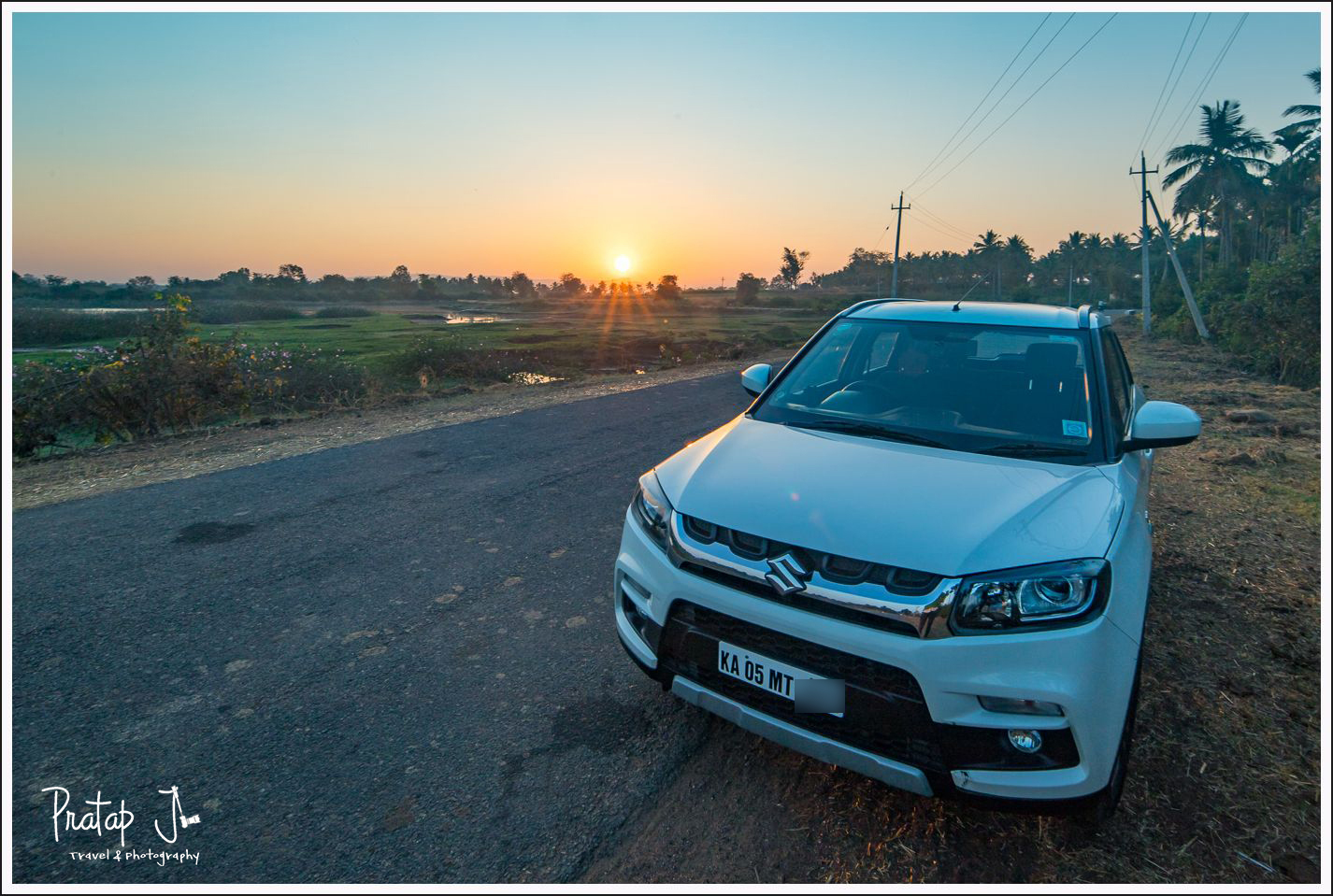 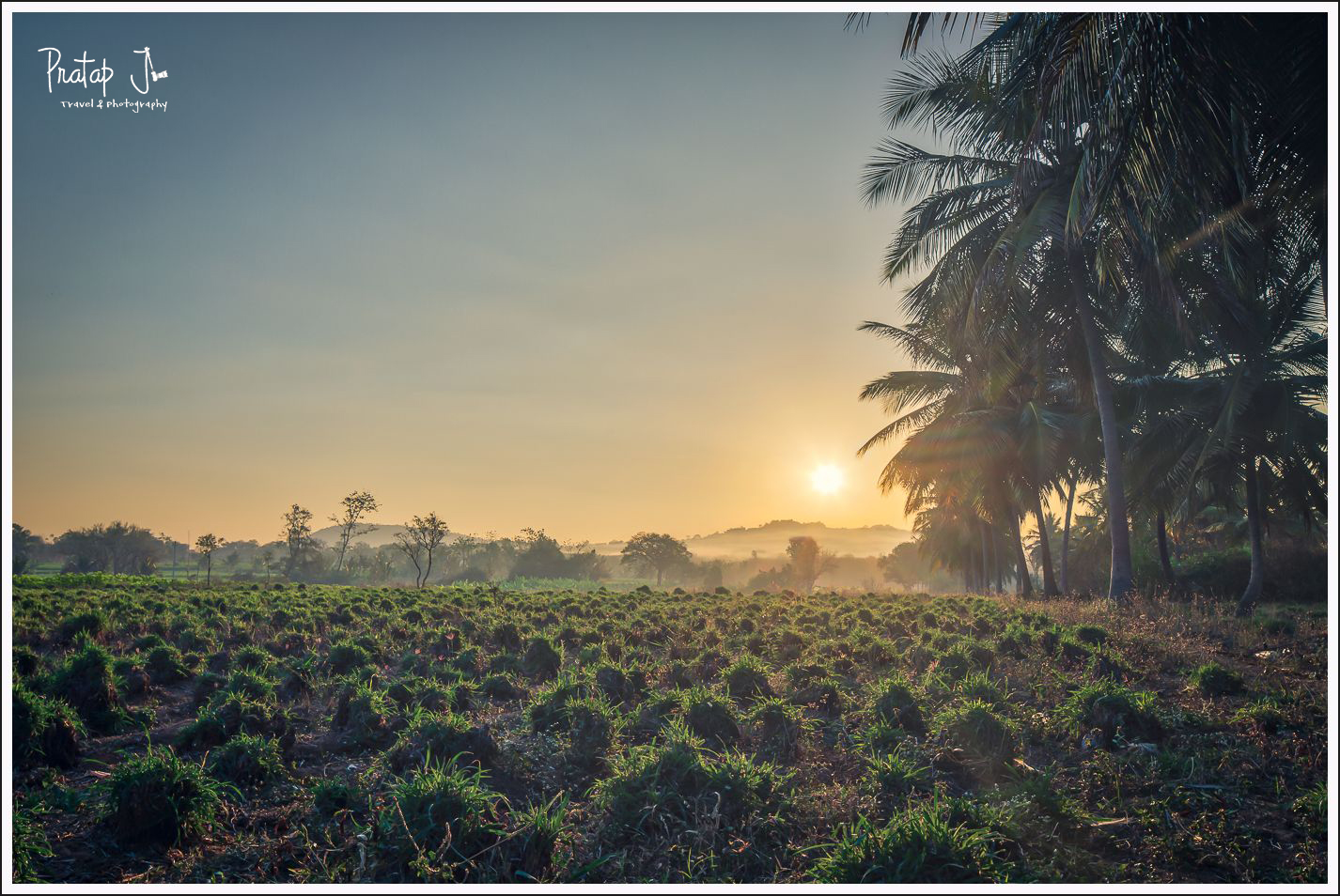 Here is an interesting fact:

You can only see about 2k light-years into the galaxy due to dust and gas. The core is another 50k or so light-years away. Your looking at a very small percentage of the milky way.