Kambala is a buffalo race which is conducted in coastal Karnataka annually. During this event, people from nearby villages and towns gather together to watch the races, meet friends, enjoy street food, and maybe win some money in bets. With such a colourful gathering, photography at a Kambala can be very interesting. Here is a guide on when, what and how to photograph a Kambala.

This guide is divided into:

Essence of a Kambala

Kambala events happen in towns and villages of South Canara district annually. The event is held for one day, and happens all through the night. Depending on the number of participants, the race can start quite early in the morning. But the best buffaloes and the fiercest of races are reserved for after sundown.

There are twin tracks which are about 120 to 160 metres long and 8 to 12 metres wide. The races are conducted in different categories. In some categories, the buffalo and the runner race solo. In others, there is a competition between two teams. In all categories of races, the runner has to keep up with the buffaloes.

The track is filled with mud and slush. Traditionally, these races were held in paddy fields. A race lasts for 15 to 20 seconds as man and beast sprint from one end to another.

Depending on how the event is organized, there can be at least 5 minutes of delay between races. In some races, the runner stands on a plough while the buffaloes run. This causes the a lot of water to splash and makes for a very interesting capture. The men who race with the animal give their all, so the intensity and their expressions make for great photos too. The races are generally scheduled for the winter season between November and March. The tropical climate of coastal Karnataka is not suitable for the event to be held in other seasons. For the most up-to-date information on the Kambala calendar, see Dr. Krishna Mohan’s blog. The event dates for 2017-18 are published in this post.

Since some of these events happen in small towns, it is better to plan your stay before hand. Alternatively, you can attend the races in bigger towns such as Mangalore, Moodabidri or Puttur where the stay options are better.

Photo Gear to Carry to a Kambala

Kambala events are adrenaline filled. Buffaloes and humans put in their best to win the competation. To photograph the happenings at a Kambala, you certainly need to carry the right gear.

Carry a DSLR that has a dependable auto focus system. Most of the newer DSLRs, like from Canon and Nikon, have good auto-focusing. While it is not necessary to carry a full frame camera, it does not matter if that is the only DSLR you own.

Optionally, carry an action camera that you can place close to the race track to get into the thick of the race.

A telephoto lens and a wide angle lens are the two most important lenses for a Kambala. The 70-200 F2.8 on a full frame camera is my favourite. If you carry a longer telephoto lens, your field of view can get very limited. The Kambala events are crowded, so it is best to carry a zoom telephoto lens.

A wide angle lens can come in handy to capture a wider field of view along with the crowds. A Kambala is also a good opportunity to do some street photography. The stalls around the race track can be very colourful and interesting.

It is important to have a fast lens with a wide maximum aperture, unless all your photography is going to be during the day. As the best races are after dark, a fast lens is essentially to get high shutter speeds in low light. Your shutter speed must be faster than 1/800 to be able to freeze the action of the runners. Higher the shutter speed, the better! 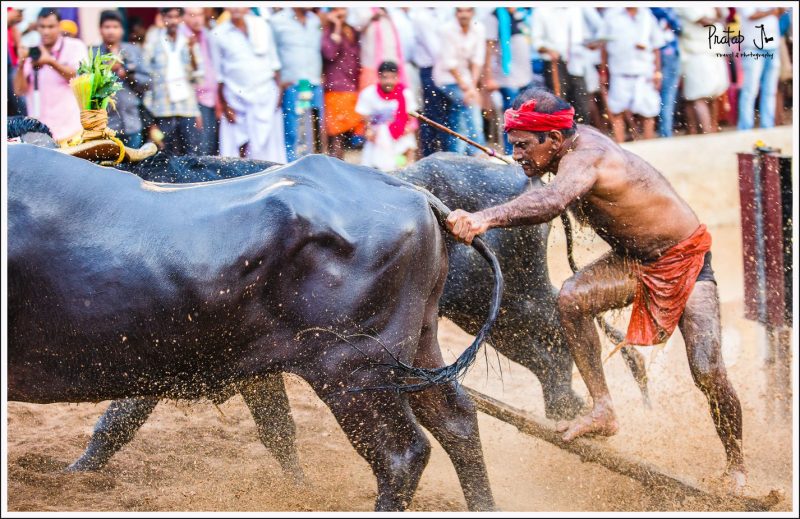 Positioning Yourself During the Race

There are three main places where you should position yourself to get unique photos from the race.

At the Start Line

The buffaloes are brought to the start line and readied for the race. This where the runners prepare themselves too. You can capture some tense moments before the start of the race by positioning yourself near the start line.

Position yourself along the track, preferably near the far end, to capture the teams approaching the finish line.  Using a zoom lens, you can capture both close-ups and photos that show the length of the track.

Behind the Finish Line

When you stand behind the finish line, you can capture the moments of ecstasy and defeat. The runners and buffaloes are tired after the sprint, so their expressions are worth framing. Volunteers position themselves to stop the buffaloes from running berserk. The way they stop the buffaloes makes for an interesting photo too.

Careful when you stand behind the finish line. The buffaloes charge at high speeds and you could hurt yourself if you are not aware of what is happening! 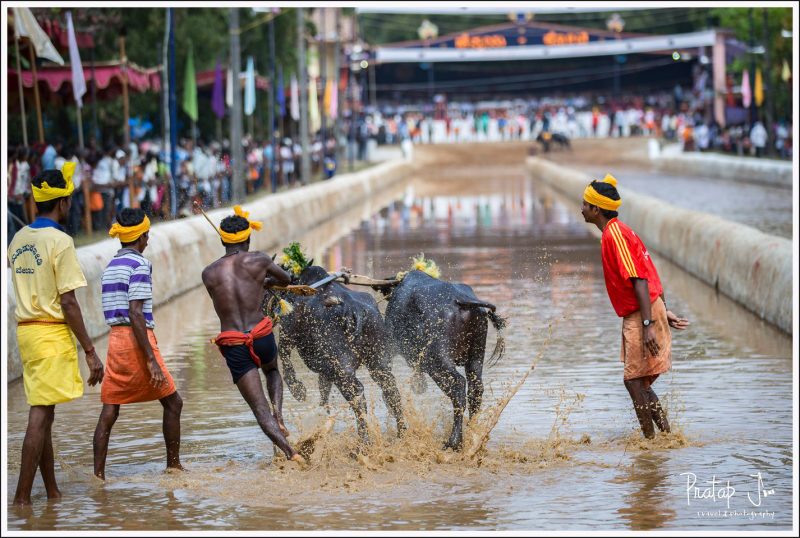 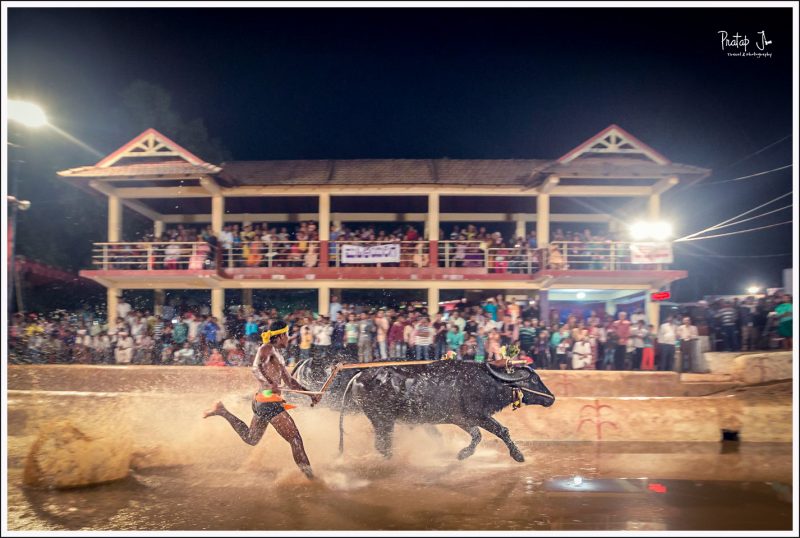 Dos and Don’ts at the Kambala

First, here are a list of don’ts. It is very important to ensure that you and your camera are not a hindrance to the race!

Here are some things that you must do. 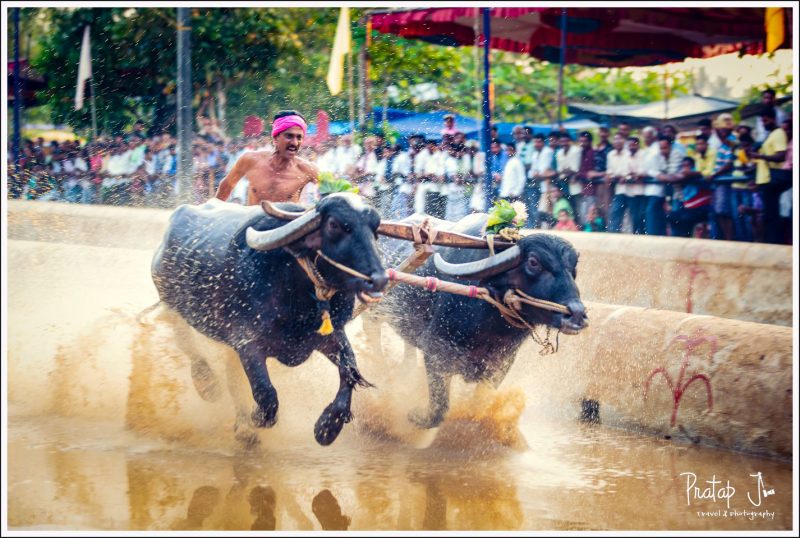