Savandurga is a popular trekking spot close to Bangalore. Considered as one of the largest monolithic rock formations, it takes about 2 hours to climb up. This makes for an easy day trip. When my friend Arun Bhat and I were figuring out places around Bangalore for landscape photography, Savandurga emerged as a suggestion. We studied Google maps and realized that the place has good potential due to the presence of a lake in the vicinity of the mountain.

With two other friends, we set out early from Bangalore, as always, to make the best of morning light. Our first stop was Manchinbele dam. The authorities do not allow public near the water, so we hiked up the hillock which is close to the road, hoping to photograph the Arkavathy river during sunrise. Being monsoon, there was nothing exciting about the sun rising. Except for a brief moment of blue skies and white clouds, Manchinebele did not have anything great to offer. We continued the journey to Savandurga, and reached at around 8 am. In between we had excellent thatte idlies at a small shack on the Ramnagara Magadi road. We were one of the early visitors and certainly the only ones with tripods and DSLRs. After making some inquiries, we parked the car and began walking towards the lake. The entrance to the lake is gated, and you first need to cross a nursery and a children’s park (that looked unused). The area is housed within an electric fence, suggesting the presence of elephants. The lake is in the Savandurga State Forest.

We spent close to an hour shooting near the lake. In this frame, I have tried to include the vegetation and flowers that we saw at the banks of the lake. Plenty of Blue Tiger butterflies were resting on these flowers, but it wasn’t easy to include them in the compositions. In another photo I shot here, I included a rock in the foreground. After taking the time to get satisfactory photos, we recee’ed a larger area, before returning to Bangalore. It was a good day photographically speaking, and I was happy to find one more beautiful spot close to Bangalore. 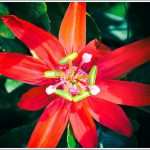 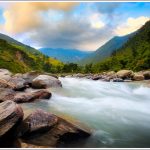