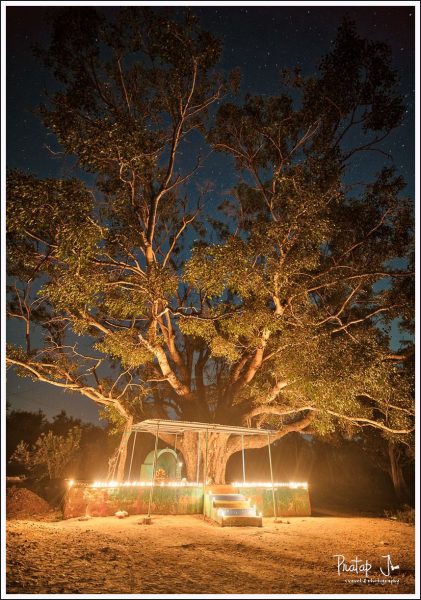 It was Sankranthi, and a friend and I went in search a village ritual called ‘kichchu haisodu’ where cattle is made to jump over fire. We drove beyond Ramnagaram into small villages but could not capture what we wanted. The ritual was unfortunately not observed in true spirit by the people of the small villages. Instead of lighting the fire in an open ground, they a lit fire across the main road and made their cattle jump quickly to prevent a traffic jam.

Disappointed, we were driving back to Bangalore after dark when it occurred to me that we could try shooting the night sky. So somewhere near Bidadi, we stopped by a lake and found this small temple under a huge Banyan tree. The temple was lit with small oil lamps. The glow of the lamps engulfed the tree which stood out beautifully under the star lit sky. Click the image to view it in full screen. Else, you might miss seeing the stars! 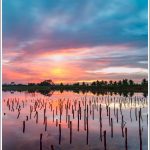 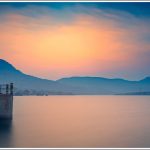